LARB: "Democracy is no Utopia: On Mariana Enriquez's The Dangers of Smoking in Bed"
McDowell recasts the horrific use of such idiolectical subtleties via the repetition of banal, unsettling adjectives and a deft use of caesura: “I made her run after me on her bare little feet that, rotten as they were, left her little white bones in view.” Enríquez’s imaginative project has an unassuming but potent social transversality, through which she has reimagined the post-dictatorial urban middle class’s spiritual life and disentangled its ideological components. She achieves this through a mundane poetics that is not lost to the English reader but captured brilliantly in the surgical brevity and rhythmic persistence of McDowell’s text.

The New Yorker:
​“The Sick Thrill of Fever Dream
​
No previous book has filled me with unease the way “Fever Dream” did. The book is a translation, by Megan McDowell, of the Argentinian writer Samanta Schweblin’s novel “Distancia de Rescate,” from 2014. It’s a slim book, and it belongs to the category of short, impressionistic novels best consumed in a single sitting. (Alejandro Zambra’s graceful “The Private Lives of Trees,” also translated by McDowell, is a standout within this group.) I picked up “Fever Dream” in the wee hours, and a low, sick thrill took hold of me as I read it. I was checking the locks in my apartment by page thirty. By the time I finished the book, I couldn’t bring myself to look out the windows.

Publisher’s Weekly, “10 EssentialSpanish-Language Books”
A list of books available in translation on the American market, but written originally in Spanish, by young authors who have already shrugged off the insidious label of "promising" to become the real thing.

Paste Magazine, “Bolaño’s Children: On the New Latin American Masters of Literary Horror”
In a moment when the daily news offers equal helpings of horror and absurdity, one might ask what room there is for art. Thankfully, Schweblin, Enriquez and Zúñiga have an enormously satisfying answer.

Ways of Going Home by Alejandro Zambra, reviewed by Adam Thirlwell in the New York Times

"...marked by a uniquely manic brevity."

La Vida Doble: A Novel by Arturo Fontaine – review by Alberto Manguel in The Guardian.

The horror of life under Pinochet demonstrates the extremes of human behaviour.


​"​ As in a literal fever dream, the constraints, rules and logic of reality are manipulated ignored, and irrelevant here. This is a license Schweblin takes seriously. She takes liberties with and completely dismisses traditional narrative forms to create a succinct, jarring story arc. Consider Schweblin’s style a new form of primitivism."

"It is this underlying aim — the testing of compliance — that Zambra triumphantly subverts in dazzling, disorienting ways in “Multiple Choice.” The book is a work of parody, but also of poetry. "

World Literature Today, Camanchaca by Diego Zuñiga.
Among this novel’s many merits (which go far beyond the stylistic), Zúñiga has achieved something more: he has depicted, with astonishing perfection, the mediocrity of the Chilean middle class... 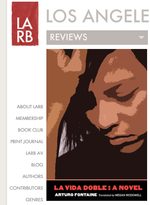 "Doubling the Double Life: Arturo Fontaine’s Novel of Chilean Terror." A review in the Los Angeles Review of Books. 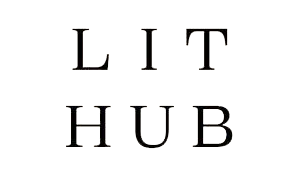 LitHub, “The New Scream Queens” by Nate McNamara
​
But horror is also a genre for catharsis, and the women in these stories are only sometimes victims. They are just as often arbiters of fear themselves.

The Skinny, “Women in Translation: the best of 2017”
​
One of the key roles of literature is in allowing everyone to tell their stories. In these times of bigotry and rabid nationalism, translated literature is of paramount importance in broadening perspectives globally.(...) Megan McDowell has translated three of my highlighted books of the year.