"Our Lady of the Quarry" by Mariana Enriquez, The New Yorker.
She was our “grownup” friend, the one who took care of us when we went out and let us use her place to smoke weed and meet up with boys. But we wanted her ruined, helpless, destroyed.

"Screen Time" by Alejandro Zambra, New York Times Magazine, Decameron Project.
Many times over his two years of life, the boy has heard laughter or cries coming from his parents’ bedroom. It’s hard to know how he would react if he ever found out what his parents really do while he’s asleep: watch TV.

Harper’s magazine, “Irman,” by Samanta Schweblin.
​Oliver was driving. I was so thirsty I was starting to feel dizzy. The truck stop we found was empty.

The New Yorker, “The Size of Things,” by Samanta Schweblin.
Then I realized something else, something so strange that, for a moment, I couldn’t take it in: Duvel had reorganized the store chromatically.

"Reading Comprehension: Text No. 1" by Alejandro Zambra in The New Yorker, July 6 2015

"Every class we’d do a quick round of confessions: each of us had to disclose a sin, and after listening to all forty-five—which ranged from I kept the change to I want to grab my neighbor’s tits and I jacked off during recess, always a classic—the teacher would tell us that none of our sins were unforgivable."

"Family Life" by Alejandro Zambra in Harper's, February 2015.
"It’s not hot out, it’s not cold. A shy, sharp sun overcomes the clouds, and the sky looks, at times, truly clean, like the sky blue of a child’s drawing."

"The Intoxicated Years" by Mariana Enriquez in Granta Online, October 2015

"Sometimes we didn’t do cocaine and instead took a little acid with alcohol. We’d turn off all the lights and play with lit sticks of incense in the darkness; they looked like fireflies and made me cry."

"Like a Rolling Stone" by Enrique Prochazka, Words Without Borders, September 2015, Geography of the Peruvian Imagination

"The fat man was interesting. A tourist, of course, who had only come to Qoyllur Rit’i to rubberneck." 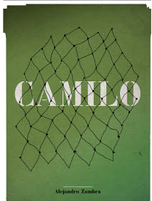 “Stories are boring. Poetry is madness, poetry is savage, poetry is a torrent of extreme emotions,” he said, or something like that. It’s difficult not to start inventing, not to let myself be carried along on the scent of memory. He definitely used the words “madness,” “savage,” and “emotions.” “Torrent,” maybe not. I think “extreme,” yes.

Litro, “Sleeping Beauties” by Lina Meruane.
​
​Once upon a time there was a letter, the letter: the troubled gaze of the boy who reads it, the bewildered voice of the girl who translates, the mother who covers her mouth to keep a cry full of teeth from escaping.

The Short Story Project, “Survivor,” by Vera Giaconi.
​
It was more or less around when she started to call him Oscar that I decided it was time to watch Survivor. 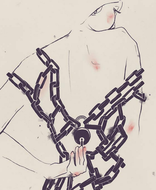 The Short Story Project, “The Size of my Love,” by Fernanda Trías.
“He’s right, I am crazy.” Then she remembers that he is the one who’s naked on the balcony, and that it’s five below zero outside. 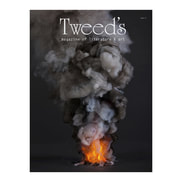 "The island drove me to write. The slow mornings dragged over the dry grass, among the trees and the animals. The nights didn’t change much. I had time to go out walking, to smoke and think about the life I had left in Santiago—Fernanda and the child she was expecting.”

New Yorker, “Remembering Nicanor Parra,” by Alejandro Zambra
Nicanor floored it and the other two braked. As soon as he caught his breath, he raised an eyebrow and smiled, like it was nothing. “We almost died,” I said. He looked at me as if to say, Exaggerate much?

Harper’s blog, “After Shock,” by Alejandro Zambra
​
“The night of the earthquake I was by myself; I lived alone. I thought, like so many Chileans, that it was the end of the world. I thought, above all, about how I had no one to protect.” 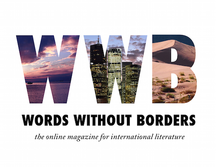 Words Without Borders, “The Art and Horror of the Argentine Asado,” by Mariana Enriquez.

I’ve eaten so many asados, more than I could count. I’ve seen some tragic ones—burned meat, bickering couples—and others that were delicious, or forgettable, or overcrowded. But only one could really be called indelible. 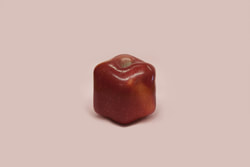 I yawn, rub my eyes. I don't know how long I've been locked in here, eating nonstop, pissing sweet, diabetic liters. Approaching the door, I whisper: Who are you. What's your name. 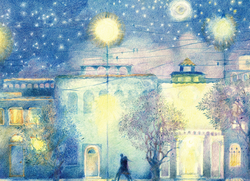 "Thank You" by Alejandro Zambra in Vice magazine, Nov. 2013.

Excerpt from Yesterday by Juan Emar on Words Without Borders.

Exerpt from Yesterday by Juan Emar in Mandorla #14 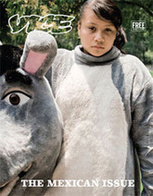 "Searching for Pavese" by Alejandro Zambra on Granta

"This is not a trip someone from the country of Neruda should take."